Analysis of police data or local surveys can provide useful information on home addresses and this allows the campaign elements to be delivered to the target group.  Good examples of campaigns and initiatives include the following: 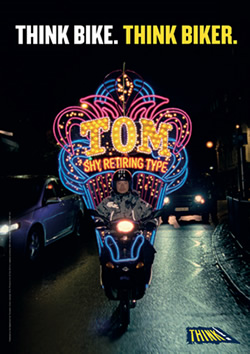 Every campaign should educate other drivers on the presence and vulnerability of motorcycles. This is especially valuable in urban situations where another driver is often at fault, for example, at priority junctions when the rider is on the main road and the other driver is emerging from the side road.  Similarly, any driver or rider training programme run or sponsored by a local authority should include an element of vulnerable road user appreciation.